On Friday morning (Oct 17, 2014), Deseret News posted a news article entitled "LDS Spokesman Breaks Down Membership Demographics."  It was a report from an LDS Tech conference where LDS CIO Blaine Maxfield share what the church would look like "...if the Church consisted of just 100 people"

Moments after the article was posted...comments on the Deseret News article and on LDS themed discussion boards of all persuasions (pro, anti, and "cafeteria"!) focused in on the bullet point that note that of this fictional ward of 100 "...36 attend sacrament meeting on a weekly basis"   Many commenters interpreted the article as an admission by the Church to a 36% worldwide activity rate. It did not take long..., seemingly just a matter of minutes, before the article was taken down.   For some time, clicking on the link to the article sent the reader to an "Error: Page Not Found" message.  A couple of hours later the link went live again and the article re-appeared.   But this time there was an editors note:

"Editor’s Note: Some of the statistics originally reported in this article have been removed because they have not been verified by the LDS Church. The information was removed at the request of the speaker."

Several changes had been made to the article.  Or rather, one change was made and significant material was deleted.

Update #2: Omissions:   A section of the stats were pulled including the "36 attend sacrament meeting weekly" figure that had generated so much discussion. In addition, the following stats were pulled...if the entire church membership was made up of 100 members, it would consist of:


Below are scraped images of the article from a mobile user, Kyle Pederson, who still had the page up before it was realized that the article was erased.It's is not complete, but has most of the article before the DN pulled it and deleted many of the statistics which you can clearly see in the third screenshot below. 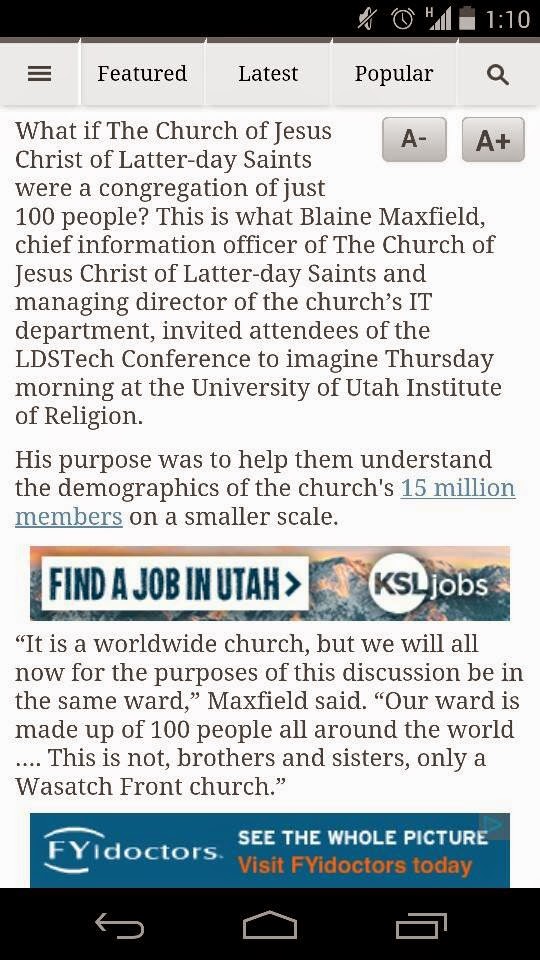 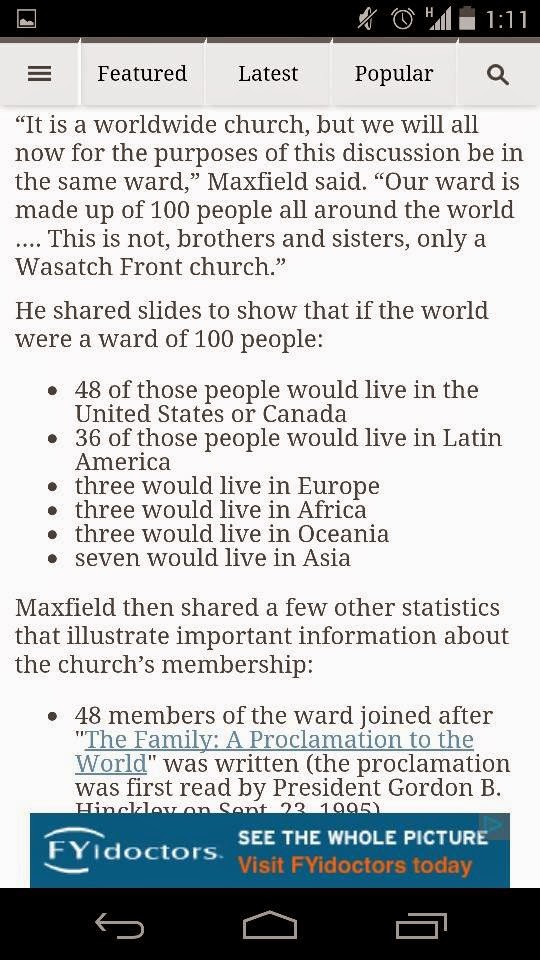 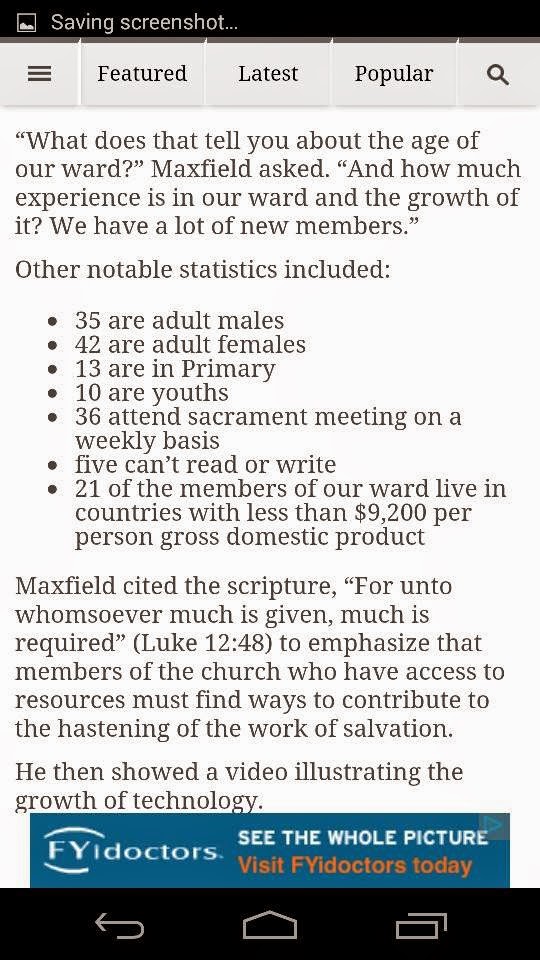 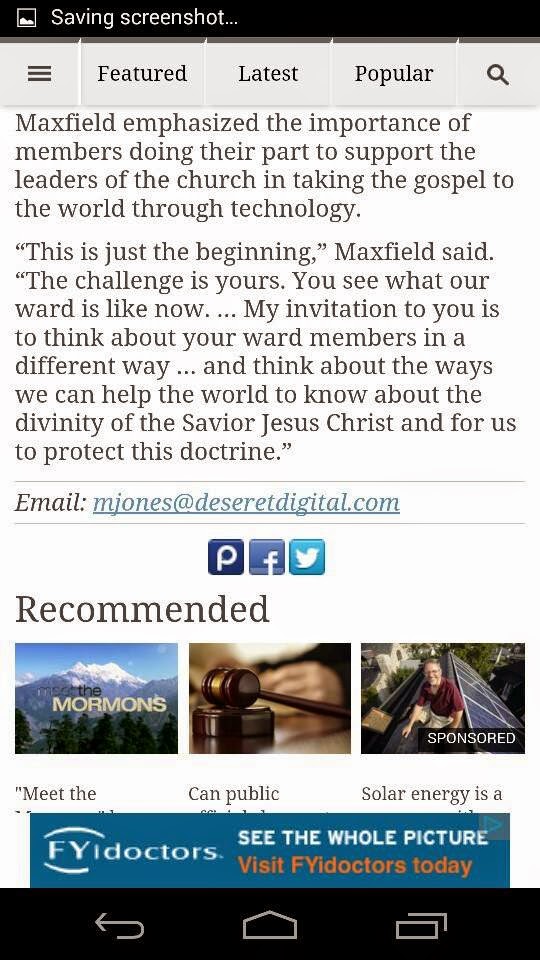