Near Death Experiences and Faith 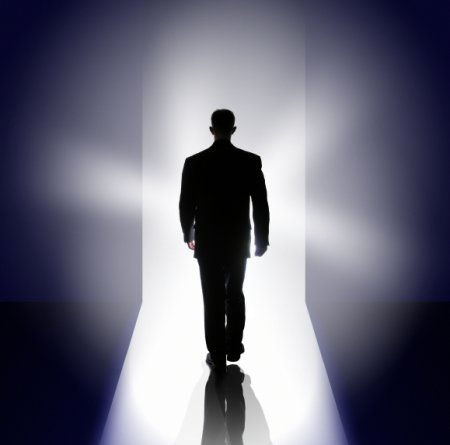 From my previous blog post (DEATH OF MY DAUGHTER), I explained what motivated me to want to read stories that spoke specifically about near death experiences (NDEs) of children. I did not find anything in the LDS world of literature, but I did find books in the library and at the bookstores that were written specifically about NDE’s of children.   Although written by non-LDS authors, at first I found them to be outside works that confirmed by own testimony of some of the teachings of the Gospel.


For example, in book, “The New Children and Near Death Experiences” by P.M.H. Atwater, it talked about the children of the “new millennium.”  Its research appeared to validate what the prophets have proclaimed about our LDS youth.   Leaders of the Church have taught that the strongest youth have been saved for the last days – that they were the ones held back to come forth in the last dispensation.   Dr. Atwater quotes a Newsweek article by Sharon Begley:


“IQ scores throughout the developed world have soared dramatically since the tests were introduced in the early years of this [twentieth] century…The rise is so sharp that it implies that the average school child today is as bright as the near geniuses of yesteryear.”

Another example of NDEs supporting doctrine that is relatively unique to Mormonism is related to our doctrine of the pre-existence.   There are many NDEs stories for both adults and children that reference a pre-existent life of each of us.


Many of the stories I read where supportive and comforting.  I found the usual stories of beings of light, angels sent to comfort and lead the child.  In many cases, children saw animals (rarely seen by adult NDEs) who show up as the guide for the children instead of an angel in human form.


However, I then ran into NDE stories of children that confused me.  Some displayed a vision of the afterlife that clearly contradicted my own beliefs.   Some spoke of reincarnation.  A small percentage of children spoke of hellish experiences and mentioned “monsters”, as they had no other words to describe the terrifying and oddly shaped beings that they encountered.  A Muslim child spoke of meeting Buddha.  Others spoke of seeing Gods and prophets not germane to Christianity.   Some received messages from God rejecting organized religion and proclaiming the importance of love above all else.


As a devout LDS, it was baffling to read these and other NDE stories of children that conflicted with doctrine that I had been taught.   What was I to make of them?   I wanted to just reject outright those stories that did not happen to conform to my own personal beliefs about life after death.   But it didn’t seem right to just filter those out and only accept the ones that happened to fit my own view.   That was intellectually dishonest.


Given my proclivity at the time to see things as black and white, I presented myself with the following proposition: Either I accepted NDE’s as real experiences or I didn’t.   If I accepted the NDE’s as real experiences, then I had a problem with those stories that didn’t match my LDS beliefs.  I simply did not know how to reconcile them when they so clearly contradicted what I believed.


On the other hand, there are many scientists who put forth strong arguments that NDEs are not real, but rather reactions of the human brain to the realization of its imminent demise.  They counter that the brain is projecting a vision of the afterlife based on the beliefs and cultures of those who are dying, which would explain the wide variations of experiences.


But then if I rejected NDE’s completely as all being hallucinations, then a whole body of comforting, reassuring and enlightening literature was now lost and meaningless, utterly unable of being believed nor providing any true comfort.   A large body of spiritual experiences that have strengthened thousands would be just an illusion.  Most certainly every single adult or child who has had an NDE will tell you just how real and true those experiences they had were for them. None of them would tell you that what they experiences was a hallucination.

So I set about to study the matter without any satisfying conclusion.


My black and white world began to break down.   I began to consider that perhaps a middle ground could conceivably be taken that allowed for some of the NDEs to be real and others to just be the hallucinations of a dying person.   I am guessing that is probably closer to the truth.  Unfortunately, under that paradigm, there is absolutely no way to tell which NDEs are real and which ones are hallucinations.  Every NDE was very real and true to the person who experienced it.  The inclination to just dismiss any NDE that did not match my own personal beliefs as a hallucination was indeed a very tempting and simple solution, but intellectually dishonest.


One takes the time to size up the various arguments as best as we can, but ultimately we have to make a choice.   There are situations where there does not appear to be a clear answer.  There are times when logic can present reasonable justifications for several sides of one issue making the decision even tougher.   Wouldn’t it be nice if there was always a preponderance of evidence on one side or the other to make choices a little easier.   But as we all know, life is just not that way.  We must make complex choices or end up wandering “in the wilderness” with no direction.   Making no choice is often worse than making the wrong choice.  And once that choice is made, one continues fighting and evaluating to see if they have made the right choice.


Faith is all too often used to describe the situation where we have just given up on pursuing an answer to a difficult question.  That is no longer faith. It’s giving up.   It shows to us that we do not have faith that we can get an answer.  We have to work for our anwsers and be willing and humble enough to admit we might be wrong.     God will never answer a question that has been placed on a shelf.


Spencer W. Kimball provides a perfect example of this kind of faith in the process he went through that ultimately led to the overturning of the ban on the priesthood for blacks back in 1978.


In 1976 President Kimball confided regarding Priesthood and the blacks that he “…had been praying about it for 15 years without an answer…but I am going to keep praying about it.” (1)


In a letter to his son, President Kimball wrote


“Revelations will probably never come unless they are desired.  I think few people receive revelations while lounging on the couch or while playing cards or while relaxing.  I believe most revelations would come when a man is on his tip toes reaching as high as he can for something which he knows he needs, and then there bursts upon him the answer to his problems.” (2)


“ I had a great deal to fight…myself, largely, because I had grown up with this thought that Negroes should not have the priesthood and I was prepared to go all the rest of my life until my death and fight for it and defend it as it was.”  (3)


President Kimball kept on praying, seeking for information, studying the issue out in his mind and asking the Lord even though he did not receive answer for years.  He had the courage to accept spiritual promptings that ran contrary to what he had believed his whole life.   He was humble enough to seek what is right and to reverse a deeply held belief.    He made a choice, having studied the issue from as many different angles as possible.  That choice went contrary to what he had believed and had been taught and that choice was accepted by the Lord and changed the world of Mormonism.


Faith is the moving power in all of us.  If there is no movement, there is no faith.   Faith is a force of movement towards resolution, accomplishment, success, revelation.  Faith is not a way station for those who have given up on finding the answers.

I had learned how wrong I could be on some tightly held beliefs and stereotypes from the death of my friend Stuart. His death changed me and changed some deeply ingrained beliefs.   I then was confronted with questions on my own religious beliefs that were raised by the Near Death Experiences I read.   The questions certainly did not challenge my testimony, but they were questions nonetheless.   I made a choice to take a middle road on the NDEs but decided at that point to stop studying them.   I had no faith that I would arrive at a definitive answer on the reality of NDEs through just scientific debate.  Nor did I have the patience to spend all of my spare time engrossed in studying NDEs in great detail. So I moved on.


At this point, years had passed since the death of Stuart and my daughter.   But I was now motivated to find truth.   I really only had one question nagging at me for which I had no answer, but which I had chosen to put on my mental shelf and ignore.  Theone problem to resolve that I had put off for too long ended up having terrible consequences: The Book of Abraham.   I will use my next blog post to explain that.   That next blog post will be my last one explaining my own personal motivations and describing the journey that ultimately led me to my study of why those 158 one time devout active Latter Day Saints chose to leave the church.  After that next post, I will delve directly into the study and what I learned from it.


The article referenced in the above footnotes can be found at the following link: