Struggling with the Tough Questions: An Introduction 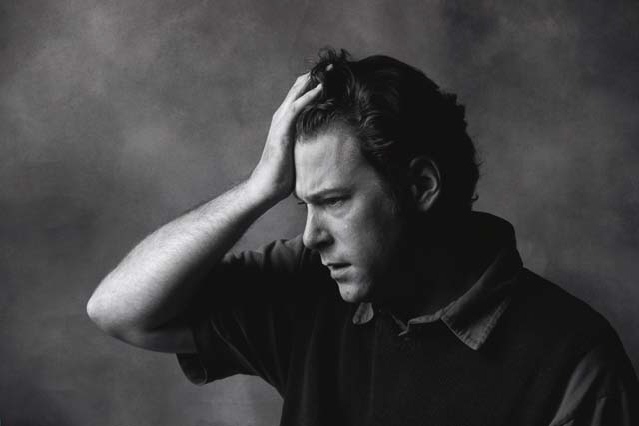 I want to share some things that I have learned from studying the experiences of a very unique group of individuals.   My study is about a different group of Latter-Day Saints, 158 in all. It is not about those who have become less active through apathy.  Or who left because of sin or they were offended by some random member.   It is not about those who never really had a testimony of the church.   It is not about those who have sinned and been unwilling to repent of their sins.   Rather, this study is about a group of Latter-Day Saints who were at one time devout, who were leaders and then intentionally chose to leave the church because they decided that the church was not what it claims to be.


The sincerity of these people should not be questioned. I felt the terrible pain of their journey as I read or heard their stories.   Every single one of them agonized over their decisions.  They prayed and fasted.  They asked questions, they studied the scriptures.  They suffered for even daring to question. They all searched extensively to discover truth.  They all started out strongly believing in the veracity of the church.  They all WANTED the church to be true and yet every one of these people ended up resigning their membership in the church.


They did not choose an easy path.  Their decisions to leave the church caused many of them to be ostracized by friends, family and other members of the church.  Many of them had their relationships with loved ones seriously damaged over their decisions. Some of their spouses chose to divorce them because they no longer believed in the church.  There was nothing easy about the path they traveled.   They did not make their choice lightly.   Their decisions were arrived at after in some cases years of research, study, prayer, and painful experiences.


My study is composed of an analysis of the stories of 158 people who have left the church.   They relate the path they followed from faithful member of the church through their doubts and struggles up until their ultimate rejection of the church.  Some of their stories can be found on various sites on the Internet.  Some of the stories are personal stories of people that I know.  I have reviewed each story and pulled out of each story the reasons that were listed as contributing to their decision to leave the church. In no way do I claim to be a professional sociologist of any kind, nor a credentialed statistician.   I am not going to make conclusions and attempt to generalize them to a wider group of people.   I am just reporting on what I personally have learned about and from these 158.


What I studied applied to these 158 alone.   Although it is not a far stretch of the imagination that there are many other strong Latter Day Saints who feel the same way.   Not one of these 158 left over a single issue. In all cases, many issues combined to finally push them over the edge.   None of them were seeking for excuses to sin, none were looking for a way to avoid the intense work that callings sometimes bring.   Many of these people were leaders and committed to the Church and were ready and willing to continue as such.


Over the next series of blog posts I will start of by explaining some of the things that happened in my life that led to the study that I undertook.   The death of a childhood friend, Stuart Matis; the death of my own daughter, Alexandra,  at the tender age of six;  my research into Near Death Experiences; and finally my study of the Book of Abraham spurred by a friend who left the church over it and a family member who asked me about it.   All of these experiences led me to the point of where I decided to undertake this study.  I share these experiences so that people can truly understand and appreciate my motivations.  I will then use the next few blog posts to delve into my study, getting a clearer picture of who these 158 people are, what were the main issues that concerned them, and spend a few posts dealing with the major issues they raised.
One final note.   There are thousands of Latter Day Saints who are active members today who feel the same way as these 158 in addition to the thousands have resigned their membership.  Many others are at different points along this path, but they are traveling the path; some knowingly and others unknowingly.  Many of the 158 spent a period of time being fully active with the mask of a true believer, while harboring deep and serious doubts, too afraid to share them confronting them often alone.  They sang, they served, they home/visited taught, they bore testimony kicking and screaming internally as their consciences and personal feelings of integrity served as forces leading them out. They did NOT want to leave, but they felt that their personal integrity demanded it.


This story is not just about them, but about many of you who are reading this as well.  I am aware that a wide range of Latter Day Saints occasionally read my blog ranging from former members to the firm and devout and those somewhere in between those two ends. Some of you may have traveled the path that these 158 followed or find yourself somewhere on that journey.   On the other hand, for those of you who are active and devout members who may reading this blog, I guarantee you that there are members that you know, maybe even friends in your own ward that are on this path.   Understanding can make all the difference in the world.