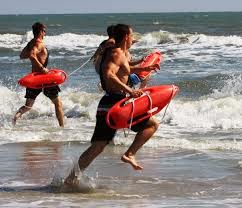 Last week the LDS Church posted a long overdue essay regarding the various account of the First Vision on its website.   Awesome.  I applaud the Church for finally coming out and addressing the questions directly.   Can members and non-members alike talk about these issues civilly now?

To what has been known to LDS scholars since at least the 1960’s and to increasing numbers of disaffected LDS since the advent of the internet, the Church finally lent its voice to the topic of the various conflicting accounts of Joseph Smith’s First Vision.   The Church even directly addresses the problematic 1832 account dictated by Joseph Smith himself 6 years before the version with which all LDS are familiar and can practically recite from memory.

That 1832 account gives the strong impression that only one heavenly personage appeared in the grove to Joseph Smith.   It also shows the First Vision to be a quest seeking forgiveness rather than the clarion call to discover which of all the Churches on the earth were true.  Many critics have latched on to this particular account.
My post is not to going delve into the details of that debate.   That debate has gone on for years.   But that debate usually took place outside the eyes and ears of your average active LDS member of the Church.   Apologists and critics argued back and forth for years.  That debate intensified with the advent of the internet as the details became more accessible to the average member, with pro and anti Mormon blogs and websites (and every range of thought in between) discussing the details.  Yet, during that entire time, the Church remained officially silent.
Apologist sites like FAIR and the Neal A. Maxwell institute, or other more personal apologist websites such as Jeff Lindsey and others could never speak on behalf of the Church.  It was their opinions and they said so, never pretending to be more than what they were…faithful members providing faith promoting interpretations to difficult questions.   But they could not represent the Church.  No one really knew what the official Church position was.

Despite increasing numbers of missionaries, baptisms have been stuck in the 250k-300K range for years.   Missionaries of today are averaging far fewer baptisms per missionary than their counterparts of the 1990’s and the 1980’s.

Even more troubling was the increasing numbers of devout members that were leaving the Church.  They were not just going inactive, but officially requesting to have their names removed from the records of the Church. I would venture to say that most members are now are aware of at least one previously devout member who has left the Church.   Despite 15 million members of the Church on the record books, it is estimated that only about 5 million of them are active.

One can tell that members of the Church are subtly feeling this challenge if not yet quite openly recognizing it.   The number of general conference talks aimed at members who are doubting their testimonies has increased.   Currently devout members reflecting  this unspoken feeling have seized upon Pres. Uchtdorf’s talk at the last general conference encouraging members to “doubt their doubts, before they doubt their faith.”  They have covered Facebook and other social media with posts and blogs related to that quote.

In addition, it has been more and more evident that active members are willing to be very visible in taking stands often in opposition to the Church’s own positions for greater integration of women, or gay marriage, or any number of other issues.

There is tremendous anecdotal evidence of this challenge to growth the Church has been experiencing for years but nothing official to confirm it.  Every General Conference talk or those given by local leaders was the same positive outlook.  “All is well”  “The Church is growing like never before!”

Until in November of 2011 when Marlin K. Jensen, an LDS General Authority and the LDS Church Historian was speaking to a group hosted by the John A. Widstoe Association for Mormon Studies at Utah State University.   During his comments he acknowledged the reality of the challenge the Church was facing.   He stated that “Maybe since Kirtland, we have never had a period of, I’ll call it apostasy, like we’re having right now.”

His comments were seized upon and set the LDS blogosphere on fire with discussion.   There it was.  An official of the Church acknowledging an ongoing “apostasy” of significant proportion.  Enough to have the leaders of the Church seriously concerned, addressing the issue in General Conference, and considering other courses of action.

So, the Church has been attempting to make changes to address the many issues seen as contributing to the ongoing apostasy.   Any faithful Latter Day Saint will note that there have been many changes and new efforts.   The change in the Youth Sunday School Curriculum, the publishing of the Joseph Smith Papers, the change in missionary age, and so on.   It has been noted that Church officials were doing what they could to stem the tide of devout members who were leaving the flock.   Those efforts were going to be called “The Rescue.”
Recently, rumors were running around the LDS blogosphere that the LDS Church as a part of that "Rescue" were going to do more to address the growing number of devout members who have chosen to leave the Church. Specifically several essays were going to be released by the Church discussing difficult questions that have been mentioned by many who have left the Church.   Questions regarding the First Vision, Joseph’s polyandry (marriages to women already married), and the translation of the Book of Abraham that does not match the papyrus are just a few of the issues that are being speculated about that the Church might address.
Last week the first of those essays was posted confirming those rumors.   Here Comes "The Rescue"!

The page providing the official Church explanation of apparently contradictory First Vision accounts was posted last week.   I applaud the Church for finally tackling the fact that there have been multiple and apparently contradictory accounts of the First Vision head on with an official voice.  Some members may be unaware of the many different and contradictory accounts and not care that they exist.   For others this is just noise and not important since they have their testimony.    Others may find it an interesting jaunt through history. But for some of the previously devout, this has been just one of many issues that concerned them.

Some of them ran into painful walls as they wrestled with that and many other questions. They turned to their LDS leaders, family and friends.   But, LDS leaders, family, and friends called these facts that they had learned “lies” spread by anti-mormons.   Some of them were told to ignore it, or to put it up on their mental shelf (or in their mental boxes) and forget about them.  Some LDS leaders, family and friends refused to discuss them.  Some were told that they were being influenced by Satan.  Others were accused of attempting to weaken the testimony of others.  Spouses threatened divorce for daring to question the Church..  Some were even reported on to their local church authorities who then put them on watch, putting them under surveillance watching anything they might say or write about the Church clearly watching for outright apostasy.   All this buffeting by some local LDS leaders, family and friends for daring even to attempt to understand and ask questions about it in a sincere quest for truth left many of the previously devout feeling betrayed and angry.

And so without any Church acknowledgement, some of these previously devout members were left to be buffeted by the average LDS member who was simply not aware.   And why were they not aware?  Because Church correlation focused only on the uplifting and avoided the troubling issues.   Church direction for doctrinal instruction was to focus on milk before meat.   Church direction was to avoid doubt at all costs.   Doubting was subconsciously elevated to the rank of sin.   So in part, some of these members feel betrayed by the Church as well.

Too long have these issues sat in the obscure realms of scholarly debate and the LDS blogosphere.     Well, the Church is silent no more.  “The Rescue” efforts have begun.   The Church has finally, openly and officially acknowledged one set of issues that has troubled many of those who have left and many who are still active LDS.   It is not my intent with this blog post to argue for one side or the other of the essay related to the First Vision posted by the Church.

Rather, it is my hope, that with the Church’s publishing of their essay on the First Vision.   With the continued publishing of other issues on topics troubling many members, that there will be less attacks on those who ask questions.   That members will not be afraid to ask questions about issues that might concern them and fear the buffetings of LDS leaders, family and friends.  That the invisible wall of fear around dealing with these issues will come crumbling down.

Truth will withstand scrutiny!  We should not fear truth!  Oh say what is truth? ‘Tis the fairest gem.   That is all any of us seek.   May we all be able to seek it together in the Spirit that Christ intended.  One with real intent, a sincere heart, and full of pure charity for all.  I think the ability to have those discussions openly and without recrimination will go a much longer way towards stemming the tide of apostasy that the Church is experiencing than the previous policy of remaining silent and allowing local LDS leaders, family, and friends attempt to stop the questioning with various methods that isolated the questioner.   They hoped to get the questioner to ignore what they simply could not.

So here comes “The Rescue”!  Rumor has it that other essays will be forthcoming from the Church.  Other troubling topics to finally be officially acknowledged and addressed.   For too long the Church has remained silent.   The lower lights were not burning.  No beams were being cast along the rough seas.  Many a poor and fainting seaman were buffeted mercilessly by the seas of their loved ones and did not make it to the LDS shore.   Perhaps, now that the Church has begun to turn those lower lights on… some of those seamen might be rescued and might be saved.