WHERE IS THE RIGHT PLACE? 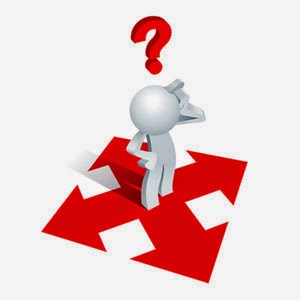 Recently, the Salt Lake Tribune reported on a story about a Sunday School Teacher who was released from his calling because he used the essay discussing race and the priesthood that was published by the LDS Church on its own website.

The explosion of public access and use of the Internet in the mid 90’s has made far more information available (both pro and con) regarding all things related to the Mormon world.   With the onset of social media, that information is now being shared and discussed more widely than ever before.   Discussions groups of all flavors related to Mormonism have popped up.  Blogs espousing a wide range of opinions related to the issues of Mormonism have proliferated.   Strident debates have spilled out on Facebook timelines.  A connection between this combined use of the internet/social media and the increasing number of members leaving the Church has been drawn by LDS General Authorities and its most ardent ex-Mormon critics.  That is one point that those two completely opposite groups actually agree on.

Some have characterized this mass apostasy as members leaving in droves even as many as several tens of thousands yearly.  Others would question that number characterizing the apostasy as much much smaller.   But a general apostasy is happening.  This is another point on which both LDS General Authorities and ex-Mormon critics of the Church agree.  Regardless of the actual size of the apostasy, the apostasy is big enough to be of concern to LDS authorities who have made preventing apostasy a theme of many recent general conference talks.

In the midst of this war of words and tumult of opinions, there is a common refrain heard from devout members of the Church.   They assert that it is ok to have questions even difficult ones.   But that those difficult questions should not be entertained and discussed publicly.  They should not be raised in Sunday School classes.   However, they do all say with great unanimity that those discussion can be discussed “…in the proper place.”  I have heard that exact phrase or some variant of it from many of my devout LDS friends.  The Bishop in this article even mentions that “…the church was not the right venue for the discussion.”

So my question to devout LDS members and leaders is quite simple.

Where is the right place?

Where can a sincere devout member with difficult questions regarding church history, doctrine, and culture go to discuss those questions?
·


Is the Bishop really the ONLY proper venue to ask these difficult questions?  Well then, let’s send everyone with a tough question to the Bishop since apparently there is no other church sanctioned place to send those doubters!

Do you think I am exaggerating?   Stories abound of people with questions being reported on to their bishops for just trying to understand the difficult issues associated with Mormonism.   Members with hard questions are told that they should not turn to ex-mormons for information about the Church.  They will only fill them with “anti-mormon lies and opinions”  As the Apostle Neil L. Anderson put it in his October 2014 talk in General Conference “…studying the Church through the eyes of its defectors is like interviewing Judas to understand Jesus”   Ok then,…let’s cut out the evil ex-Mormons from the discussion.  Instead of asking defectors, these sincere people with hard questions have attempted to raise those questions with devout members of the Church either in person, in online groups, in Sunday School…anywhere…seeking faith promoting answers.  Instead, they get turned in to their Bishops perceived on their path to apostasy and accused of daring to raise publicly a difficult question that might hurt the testimony of others.

Are LDS members so afraid of open discussion of difficult questions that a proper venue is required as the only location those questions are allowed?  I ask again.  Is there a proper venue other then the Bishop? If so…..Where is that place?

Let me add this thought.  If there had been a right place, a proper venue for discussion…there would be no need for discussion groups, Mormon themed podcasts, and Facebook groups.  The environment that gave rise to someone like John Dehlin would not have existed.   And frankly, if there had been a proper place, a place where a questioning member could feel safe to fully entertain in depth these difficult questions without fear of being reported onto the bishop, without fear of somehow being seen as a lesser member for even having doubts, the size of the apostasy would probably have been much smaller and many who are ex-mormons might still be devout.

But as of today, there is no safe place church wide for a devout member to ask difficult and direct questions regarding history, doctrine, and cultural issues of the Church.  If there is, I challenge someone to point out what the “proper venue” is for those questions church wide.   Where is it?  Many have already apostatized in part because they could not find such a place and felt pushed out for pushing to find answers.   Thousands more are looking for it.
Posted by myself at 12:17 PM