Kicking your children out of the house: The excommunications of John Dehlin and Kate Kelly 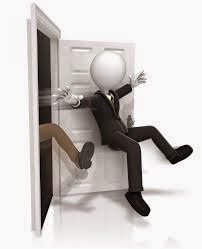 I have been a proud and devout member of the Church of Jesus Christ of Latter Day Saints almost my entire life.   There were so many things I loved about being Mormon.   Among them was the huge emphasis on family.   I am not just talking about the supremely important focus on eternal families either.   The Church itself was a family.  We call one another brother and sister.   We looked out for one another.   We were friends beyond Church.   There is such a tight knit community in a local ward, that many ward members genuinely look upon one another as family.

I was raised by a single mother.   I can’t begin to tell you what a great support the Church, our ward especially, was for her and for us.   Lots of men stepped in as surrogate fathers to take me to father’s and sons outings or to Priesthood activities.  When my grandmother fell seriously ill and my mom needed to go out of the country to help care for her, the ward looked over her three young children as if we were their own.   The Church was my life 24/7.

The two episodes regarding the excommunication of John Dehlin and Kate Kelly has brought out the best and worst in many people associated with the LDS world, both among devout Mormons and former Mormons and every shade of belief & membership in between.   What strikes me about the discourse by some devout members is how glad many of them are that Kate and John are no longer members of the Church.  They not only defend the action of the Church in excommunicating them, they applaud it.  Some have truly wished them well and have respected their decision while disagreeing with their views.  But others have gone so far as to call them the anti-Christ, they've compared them to Satan, or definitely at least one of Satan’s minions (although without the yellow skin color).  They have not only cheered their excommunications, but have basically commented that they were glad they were gone…”don’t let the door hit you on the way out!”

One image that recently come to mind as I have considered their excommunications is Christ’s parable of the prodigal son.   Most certainly, from the perspective of a devout member of the Church, both John and Kate would be considered prodigals.   They did not want to wait for answers.  They wanted them now.   They see John and Kate as people who have taken their share of the Father’s estate (the blessings of the restored Gospel) and gone and wasted it.    I would not be surprised if some of them now expect John and Kate to engage in riotous living now that they have left their Father’s home.   As one interviewer asked John, “Will you drink coffee now?”

But something about that parable and every single one of Christ’s teachings hit me as I pondered that analogy.   The Father of the prodigal son never kicks his son out of the house.  He actually gave his prodigal son what he asked.   The prodigal decides to leave on his own and sure enough, off he goes.   There is no possible image in my mind, no scenario where I can hear Christ’s voice chainging the parable to where it is the Father kicking the prodigal son out of his home.   I cannot see the Father of the prodigal son going back into his house proclaiming  “good riddance!”   Yet that is exactly what many of John and Kate’s former family members, former brother and sisters are saying today.  Good riddance!

I keep hearing that if they don’t like the Church they should leave.   Problem is, for John and Kate and many others like them…the Church was always more than just a religious organization to them.   It was their family.  Have you ever disagreed with your spouse? With your brother and sister?   Have you ever tried to change your spouse, brother or sister?   Have you ever been critical of your spouse, brother, or sister?   Who are the people with whom you should be most transparent and vulnerable?  -- your family.   John and Kate love the Church and still do.  It has been their family for their whole lives.   And now, their family has kicked them out of the house for doing what we all do in our families – disagree and want to talk about it openly.

But rather than the New Testament parable of love and forgiveness, there appears to be an Old Testament analogy that is more fitting here.   John and Kate have reached out in their hearts just simply with an attempt to “steady the ark”, something that they both love dearly and deeply.  The Old Testament God instead has struck them down as Uzzah of old.   They may not be literally dead as Uzzah was in the Old Testament, but with every eternal blessing known in the LDS heavens revoked, from an LDS perspective, they might as well be. A not so uncommon saying by some LDS parents is that they would rather see their kids dead than leave the Church.

Many years ago, I interviewed at a company in Utah.  The guy that picked me up at the airport seemed obviously LDS to me.   It wasn't long before we started talking about the Church.  His feelings were hard and bitter.   It was inconceivable to me, but years previously, he was scared and nervous about going on a mission, very hesitant about committing to it.   His father walked into his room three months after his 19th birthday and asked him, “are you going on a mission?”  When he said he still wasn't sure…the father kicked him out of the house.   I have no doubt that there is more to the story than what he shared, but sadly his is not the only story with a similar theme.  Since then I have heard of many and documented hundreds of stories of Mormons who have been kicked out of their homes because of their doubts or lack of belief in the Church, marriages that have ended up in divorce as one spouse loses their testimony and the other kicks them out of the house and away from their children for no longer believing, some whose depression at being kicked out by their loved ones has led to deep depression and suicide.   Those are some of the people that John was fighting for.  Some of the women whose voice Kate carried.

I can understand why so many devout members defend and applaud the excommunication of both John and Kate.  Yet, somehow, I can’t help but think that Christ would have handled things somewhat differently.  In full view of his disciples, Christ answered the questions of Thomas, the famous doubter, and showed him the evidence of his death and resurrection.…Christ told him that he was blessed for his questioning spirit.    Christ, as the Father of the prodigal son, would have never kicked his children out of the house.   Yes, John and Kate disagreed and were critical of the Church and its doctrine, but what is always left out, is that they loved the Church, the Church was their family.  And their family has just kicked them out.
Posted by myself at 2:08 PM