Death of My Daughter 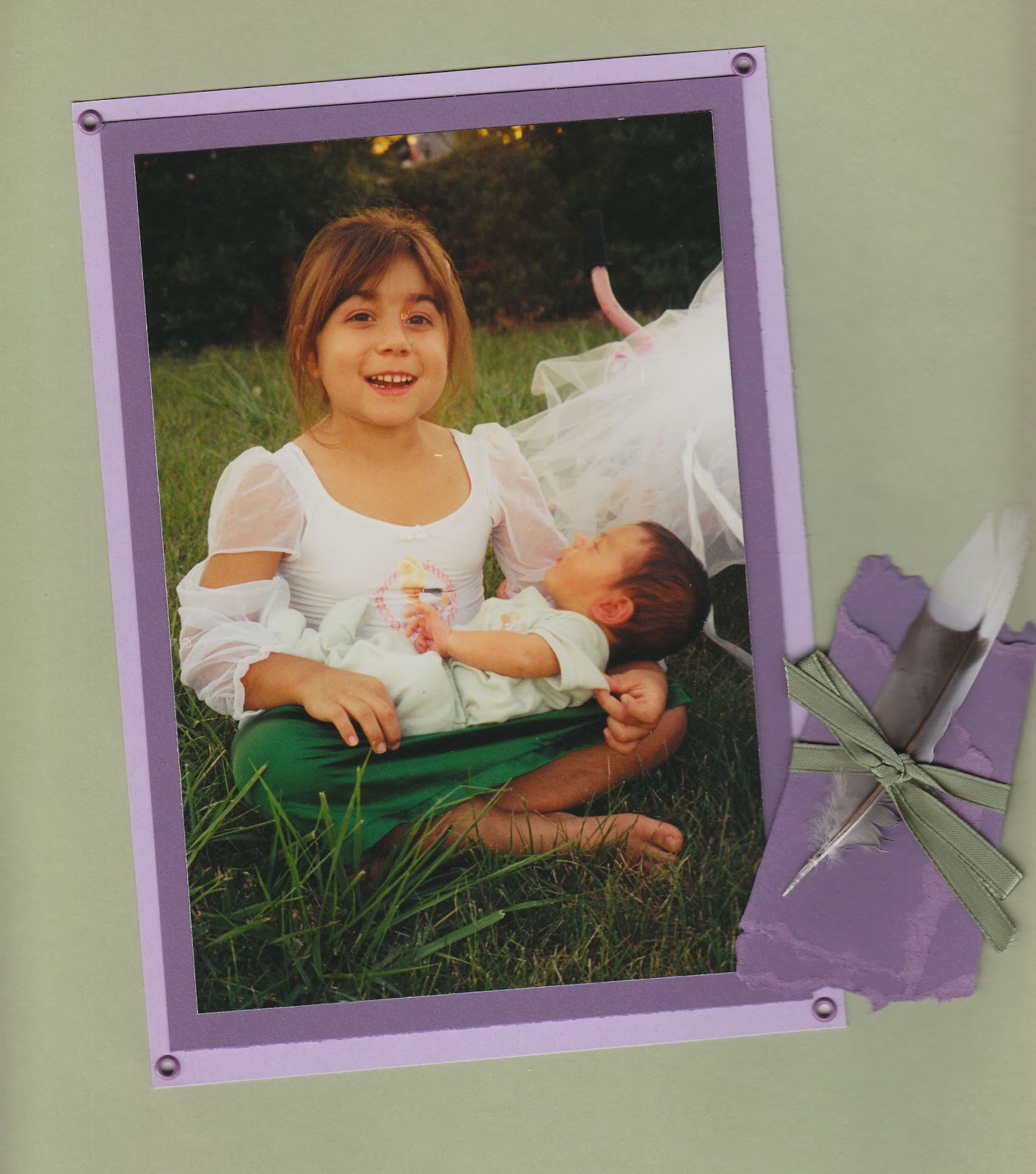 Two years after the death of Stuart, my beautiful and intelligent six-year-old little girl had died.  Her untimely and unexpected death basically brutally shoved me down the path that ultimately led to my study of devout LDS members who resigned from the Church and my outspokeness today.
Alexandra was our first child.   She was bright and beautiful, full of energy and zeal.   At the time of her death just three and a half months after her sixth birthday, and just three months into her life as a kindergartner, she had written and illustrated over 15 books along with several poems, one of which is engraved on the back of her headstone at Highland Cemetery in Fort Wayne.


She told us once that she would just think about her book until she knew the whole story.  She would then fold sheets of paper into a book form with the right number of pages she needed and draw pictures about the story on each of the pages.  Finally, she would put in the words with never a rewrite.


She was also musically gifted.  She loved to sing.   She was constantly coming up with variations to her favorite children’s songs.   One of my favorite memories of her is when I was sitting up on the stand as a member of the Bishopric.   My wife needed to carry out our other unruly children.  Alexandra was left behind on the pew by herself.  On her own, she scooted over to sit next to a sister in our ward who was in the same pew.   When the next hymn came, she was there with that sister that she really didn’t know singing the hymn full voice with her while reading from the hymnal.

After the death of my daughter I was numb. I wanted to die.  I should have gone in her place.   I felt like I had failed to protect her. Isn’t that every Daddy’s job?  To protect their Daughters?  The last words she said before falling into a coma came as she was placed into her hospital bed, “I want Daddy to tuck me in.”   Those words haunted me and cut me like a knife.  I was not with her, but home with the other kids while Jana was with her at the hospital.  I couldn’t tuck her in. I wasn't there for her.

I went through the motions of life, but was disconnected from everything. I didn’t care.   It felt so cruel to still be alive while she was dead.   There was very little joy in anything.


Our ward was incredible.  The whole ward was there for my family and took care of us. For about two weeks after she passed away there was always someone in our home.  People did everything for us.   My wife and I were completely unable to function for ourselves. Our friend Letha Ballard came in and took over our life for us. She was a godsend.  The whole ward was.  The ward watched over us from morning until night.

Well, the grief of my daughter was so overwhelming that at times I lost strength and collapsed.   I remember President Holt who was in the Stake Presidency at the time helping me get up at the hospital the first time I fell.   I will never forget Allen Grota from our ward who was there at my home and helped carry me another time that I had collapsed.   I just couldn’t picture life without my little girl.  I no longer wanted to be here on this earth.   The thought of it was just too much to bear. Our ward truly mourned with us.

I’ll also never forget Jimmy Offen who was my High Priest Group leader.  He spent a lot of time with me and cried with me.  He too had lost a child. A few years later, he would lose another.    He knew of my grief, he understood my pain and he mourned with me. To this day, my favorite scripture is simply "Jesus Wept." (John 11:35)  Well, Jimmy Wept.

Eventually, the members of the ward started to go back to their lives.  One by one they each backed away until we were alone as a family once again.  Alone, and now trying to face a new life without Alexandra.

As I regained my strength physically, emotionally, and spiritually, I began to read extensively what the prophets had written about life after death and about children who die.  Brother Dale Mouritsen, an Institute Director who spent a lifetime in the Church Education System had been my deacon’s quorum advisor as a youth.  He was one of my spiritual mentors from my days in Sunnyvale along with Sis. Matis (Stuart's mom).   He sent me a large manila envelope with articles and talks along with his own personal words that pushed me even further down the path I was following.  His words were like scripture to me and brought me great comfort.   I also read books he suggested that were published by LDS authors about grieving and the scriptures they referenced.   I read biographies of the life of  President Joseph F. Smith. He married five wives and fathered 43 children.  Thirteen of his children died before he did.   I could relate to his anguish.

Among the many books that were given to me by many members around the death of Alexandra were ones about members of the church who had been declared dead.  During the brief time that they were considered dead, they had an experience on the other side of the veil and then miraculously revived and shared those experiences they had from beyond the veil.   Those experiences are more commonly known as near death experiences (NDE).  Their stories also brought me some comfort, but the stories I read were all about adults. My daughter was just a small child.

Those stories fueled my desire to find NDEs that children may have had.   My daughter was just a six year old little girl when she died.  I wanted to know what her first moments were like when she passed away.  Was she afraid? Was she alone?  How did she feel the moment that she realized that she was dead? Was anyone there to greet her?  Aside from Bro. Cecil Webb, father figure for me growing up, and Alexandra’s great grandmothers Gigi and Abuelita, there was really no one that we knew close to our family who had passed away and might be there to greet her. Alexandra herself didn’t really know anyone who had died.   Perhaps it was just some kind angel assigned to escort children who would be the only one to greet her.   I had no idea of course, but after having read faith promoting NDEs of adults, I hoped that finding some NDEs of children might give me the smallest of glimpses into what her first few moments after she died might have been like.  I hated the thought of the potential fear and any other scary emotions she might have felt and had to deal with alone.

Eventually, I found a study done of NDE experiences of children.   It was just a scientific book that chronicled NDEs of children from all over the world.   The book sifted through their stories, pulled out specific elements of their experiences, counted them and catalogued them.   That study became a pattern for how I would approach my analysis of the 158 devout LDS who ended up resigning from the Church.   Little did I know, that the study of NDEs for children would also present me with my next challenge.