When Does Truth Become Anti-Mormon? 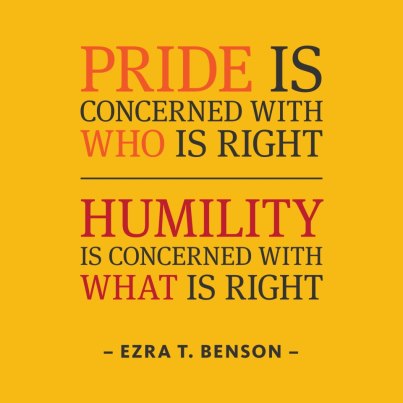 How is that for a provocative title for this post?   Those who know me would not be surprised at me using it.  Truth is a word that gets thrown around quite conveniently, used and abused for everyone’s own purposes.  Heck, I am putting it to use in this blog to give air to some thoughts I have been having recently so I am just as guilty as anyone else.


I will start by stating a fact.   Facts are things that are true and are truth.   I will here make one statement of fact:
Joseph Smith married women who were already married to other men, even active Latter Day Saint men.


This is a true statement.  It is a fact.  Like to or not.  It is truth.  Believe me, I wish it wasn’t true.
Don’t believe me?  Here is an article from FAIR that analyzes at least 10 of those marriages.


If you go to the family history information from Church sources that are available online, you will see that Joseph’s marriages to the women mentioned in this article are dutifully recorded.   I can provide you with reputable LDS scholars and even church authorities that Joseph married these women already married to other men including active LDS men.  The point of this particular blog post is not to spend time proving this point.   I can use a different blog post to show that this is a fact if people want me to prove that this is true.  I can do so using only "church approved" sources.
The question is, does this truth support the Church?  Does it provide additional proof of the divinity of Joseph Smith and the moral uprightness of his character? If it doesn't, then does this truth automatically become Anti-Mormon?


Does this truth makes some of you active Latter Day Saints reading this uncomfortable? It certainly did for me when I first found out about it.   In that case I ask, at what point does this truth become anti- Mormon for you?  Travel this path with me and discover where we each are on this spectrum.   Because the answer to that will be different for each of us.


1)      Does just knowing about this make you anti-Mormon?  There are plenty of LDS who refuse to believe that this is true.   They think that if you believe this statement to be true, then you must have read some anti-Mormon literature and/or been influenced by Satan.  Yet, BYU scholars and church historians defending the Church readily admit that Joseph did marry several women who were already married to other men who were active Latter Day Saints at the time.


2)     Does stating this fact out loud make someone an anti-Mormon?  Imagine if someone were to mention this fact during Sunday School.  I can just hear the gasps now.   I have no doubt that there may be some LDS reading this blog who may accuse me of being Anti-Mormon just for posting this fact from the life of Joseph.  There are some LDS who do recognize that the statement does happen to be true, but would rather it never be raised at all.  Some of them may feel and even accuse those who do mention it of being anti-Mormon.   Others feel duty bound to make sure it is avoided at all costs.   Boyd K. Packer taught that “…not all truths are useful” and any truths that do not build a testimony of the Church should be avoided.


3)      Does asking a question trying to understand this make one anti-Mormon?  There are many members afraid of asking questions about this and perhaps other uncomfortable truths they have found for fear of appearing anti-Mormon and on some inevitable road to apostasy.   Others feel that the mere act of asking the question suggests doubt which is viewed as the opposite of faith.  They also worry that the question itself could induce doubt in others and thus be anti-Mormon.   Yet, let’s say someone learns about this fact, is puzzled by it and asks a simple question… “why?”  or else think “I don’t understand”   Does a person asking those questions become anti-Mormon?   Some LDS feel that it does.


4)      As a consequence of the above mentioned truth, some have had some doubt in the character of Joseph Smith.  Does all of a sudden having some doubts about Joseph’s perfectly honed image that we have crafted in the church make us anti-Mormon? Some are accused precisely of that.


5)     In attemtping to understand it, does daring to think that perhaps Joseph got that one piece of doctrine wrong make you Anti-Mormon? We do after all say that our prophets are human, that they sometimes speak as a man, not as a prophet.   So when is that?  20th century prophets have proclaimed Brigham Young's teachings of the Adam-God theory as false.  Would daring to say that Joseph might have been wrong on this make one anti-Mormon?


6)    Does daring to come out and publicly state that you think Joseph Smith somehow practiced polygamy incorrectly there and just messed it up, yet still believe he is a prophet.  Does taking that position make you anti-Mormon?


7)      What about coming to the conclusion that based on that particular truth and perhaps other truths someone may have learned that they no longer believe Joseph Smith was a prophet or perhaps that he was a prophet but screwed a few things up.  Does that make them anti-Mormon?   This person may still love the church, love its teachings, love the culture and history of the church, pray and sustain its leaders while not accepting Joseph Smith fully as a prophet.  This person may still want to come to church and participate.   Yet, is that person anti-Mormon?   Believe it or not, there are many who feel that those who feel this way have succombed to anti-Mormonism.  There are some LDS who have an all or nothing mentality.  You cannot be LDS and not believe that Joseph is a prophet in every way even though that person might still consider themselves Mormon.
8)     Most certainly that line of what makes someone anti-Mormon is crossed when someone not only comes to the conclusion that Joseph is not a prophet and that the Book of Mormon is not true, but then in addition openly advocates against the Church.

So when does truth become Anti-Mormon?  At what point along this line did that piece of truth become anti-Mormon?   My answer?  NOWHERE.   Truth is not synonymous with the Church of Jesus Christ of Latter Day Saints.  Truth is truth.   It just is.  A is A.  That fact, that Truth about the life of Joseph is neither intrinsically for nor against the church.  It is simply fact, truth, and history.


If you note, in every case above, the word "anti-Mormon" is an adjective describing the attitude and behavior of a person.   Facts are not in and of themselves either pro-Mormon or Anti-Mormon.   What we do with them is.  People can be aware of the controversies in our religion, seek to discuss them in hopes of understanding them better without necessarily being anti-Mormon.  Yet when those controversies are raised, some of us go immediately on the defensive and start raising the specter of anti-mormonism which is as subtle and evil in our minds as the Gadianton robbers of old.
The only way for that piece of truth to be pro-Mormon is to accept Joseph’s actions as morally right and in concert with God’s eternal laws.   Or you can say that that Joseph’s actions were not morally right and then that piece of truth immediately challenges one’s view of the character of Joseph Smith.   You can also simply say, I don’t know or ignore it or have no opinion about it.  In all three cases, it doesn’t change the fact that Joseph did marry women who were already married to other men even active Latter Day Saint men.   Truth is Truth.  A is A.


We have come to throw out the phrase Anti-Mormon too casually.  It is a phrase laced with an extremely negative connotation. It is a defense mechanism many of us turn to as LDS when we feel threatened by these controversies. We often turn to it the moment an inconvenient truth about our church, its history, its culture or its doctrine is raised.   Using it to label or accuse another person can kill conversation.  It kills opportunity to testify or to persuade.   It makes the one who is struggling to understand something that is true and difficult go even further away from the Church when he or she is called that by a people who are supposed to be Saints.
Let me make an analogy.  If you had the opportunity to ask President Obama  some tough questions seeking for truth and understanding on a particularly sensitive topic.  Let's say that the President and his supporters don't really answer the question but instead label you as being Anti-Obama.   How would you feel about that President and his/her supporters?   Would you feel that they are hiding something?  Would you feel that he does not have an answer, or that the answer is one that would make him look bad, so he avoids it?  Would you feel even less inclined to be a supporter of President Obama? I know many of my conservative friends strongly feel this way.
And yet, when we throw out the label of anti-Mormon, we do the same thing.   Our mission is to persuade people to come to Christ (in this case, we use Christ as a synonym for coming to our Church).   And yet, in accusing someone of being anti-Mormon and biased, we give them the impression that we do not have an answer, that we have something to hide, and push them away even farther making them even far less inclined to be supporters of the church and more likely to turn into dectrators.   It is a self-fulfilling prophecy.  We have created some anti-Mormons by accusing them of being that way during a time when they were not.
As I mentioned above, the word anti-Mormon is more of an adjective describing a person who is intentionally out to discredit Joseph Smith, who feels that the Mormon religion and culture is bad, and attempts to persuade others of his belief and hopes to get them to leave the church.  That is definitely an anti-Mormon.